The successful installation of 200,000 light sources in 17 months was facilitated by shrewd project management, a hard-working team of electricians and comprehensive understanding of Coop’s needs and organization.

Nordic Business Light installed 1 million m2 of new lighting in 700 stores and a number of offices and warehouses. 45 electricians were involved in the project, and it took on average 1-2 days to replace all the lighting in one store. We installed lighting in an average of 10 stores per week, but by late 2018 the flow had reached 50 stores a week. The entire implementation took 17 months, which was faster than expected.

Nordic Business Light succeeded in complying with the schedule for replacing lighting in 700 stores in 17 months. That is quite remarkable in itself. In close cooperation with Coop’s project manager and subcontractor, Nordic Business Light was able to execute a huge logistics and implementation project. 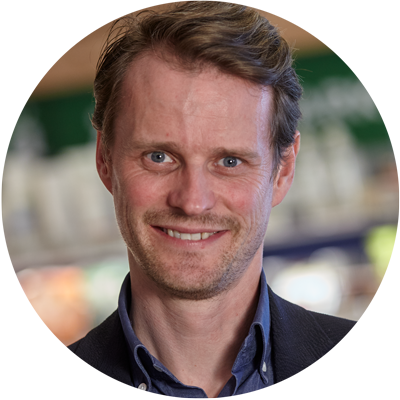 Strong Team of Electricians
A key element in the successful implementation was Nordic Business Light’s collaboration with electricians who showed great dedication when working on this project.

I have been in the industry for 38 years and witnessed an infinite number of conversions. I have never been involved in something so efficient. The electricians who came to replace the lighting in the store were quick, and extremely considerate vis-à-vis customers and staff. It was excellent.
Klaus Andersen
Store manager Kvickly Hvidovre

More than 700 Coop stores and a number of offices and warehouses were fitted with new LED lighting. 200,000 light sources were replaced over a period of 17 months, saving Coop DKK 25 million a year in power costs.

30,000 Coop employees have been given new lighting. It is guaranteed flicker free. The result is a healthier working environment.

Key figures for the Coop project

1
stores with new light
1
new light sources
1
months implementation time
We are 100% focused on creating value for customers. That involves awareness of our responsibility for project management. It is we, rather than customers, who should manage a project. That requires expert professionals and in-depth knowledge of the needs and working procedures of large groups.

Kræn Østergaard Nielsen, CFO at Coop and Head of Energy, Peter Svendsen tell about the project that has given COOP huge savings.